The University of Utah RED (Records of Environment and Disturbance) Lab was founded in 2003 in the Kennecott Building on the University of Utah campus. The RED Lab was temporarily relocated to new space in Research Park in 2013 but moved into the new, collaborative lab in Gardner Commons (5th floor) in fall of 2018. Research in the RED Lab focuses on reconstructions of past environments with a strong emphasis on studies that contain management applications or are collaborative with archaeological research. Projects include reconstructions of fire and vegetation regimes from the western U.S., Mexico, and Central and South America, past bark beetle outbreaks in the mountain west, desert wetlands (ciénegas), and human paleoecology.

Find us on the campus map 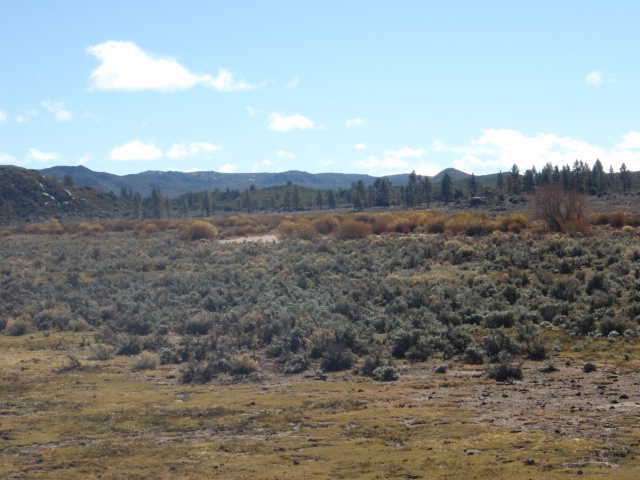 Andrea grew up in the desert southwest and has always been interested in desert ecology and climatology. There is little known about the past environments in desert ecosystems because sedimentary records require wet depositional environments which are scarce in arid regions.   When she arrived at the University of Utah in 2003 she became involved with the EPA Southwestern Center for Environmental Research and Policy, and with her collaborator Dr. Tom Minckley (University of Wyoming Geography) started looking for depositional basins in the US/Mexico borderlands to provide baseline vegetation and disturbance information for land managers and others interested in the conservation and restoration of these ecosystems. Desert wetlands (or ciénegas) in the Sonoran, Chihuahuan and Mojave deserts and in the mountains of northern Baja California have provided excellent repositories on information about ecological resilience in ciénegas,therole of fire in desert ecosystems,causes of woody plant encroachment, and theclimate controls on desert ecology. 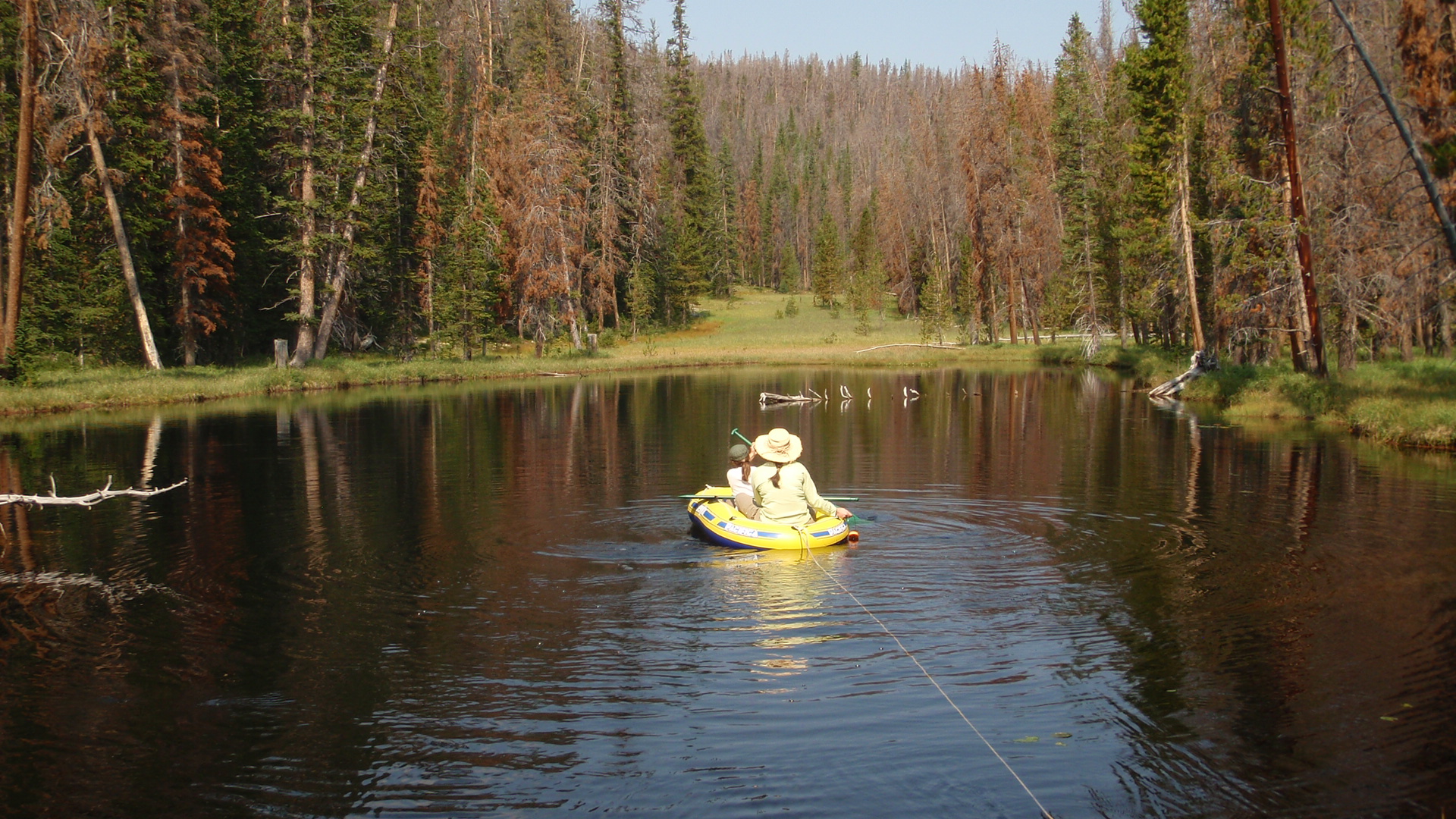 The RED Lab research program began based on our interest in forest ecology and disturbance in the western United States. Andrea’s work in the Sierra Nevada on fire and climate relationships and subsequent work onfire and beetles in the Northern Rocky Mountains laid the groundwork for continuing this line of inquiry in Utah and the surrounding intermountain west region. We continue to studylong-term records of fire, but our studies have also pioneered the use ofbark beetle remains and thepalynological footprint of beetle outbreaks in understanding long-term forest dynamics. 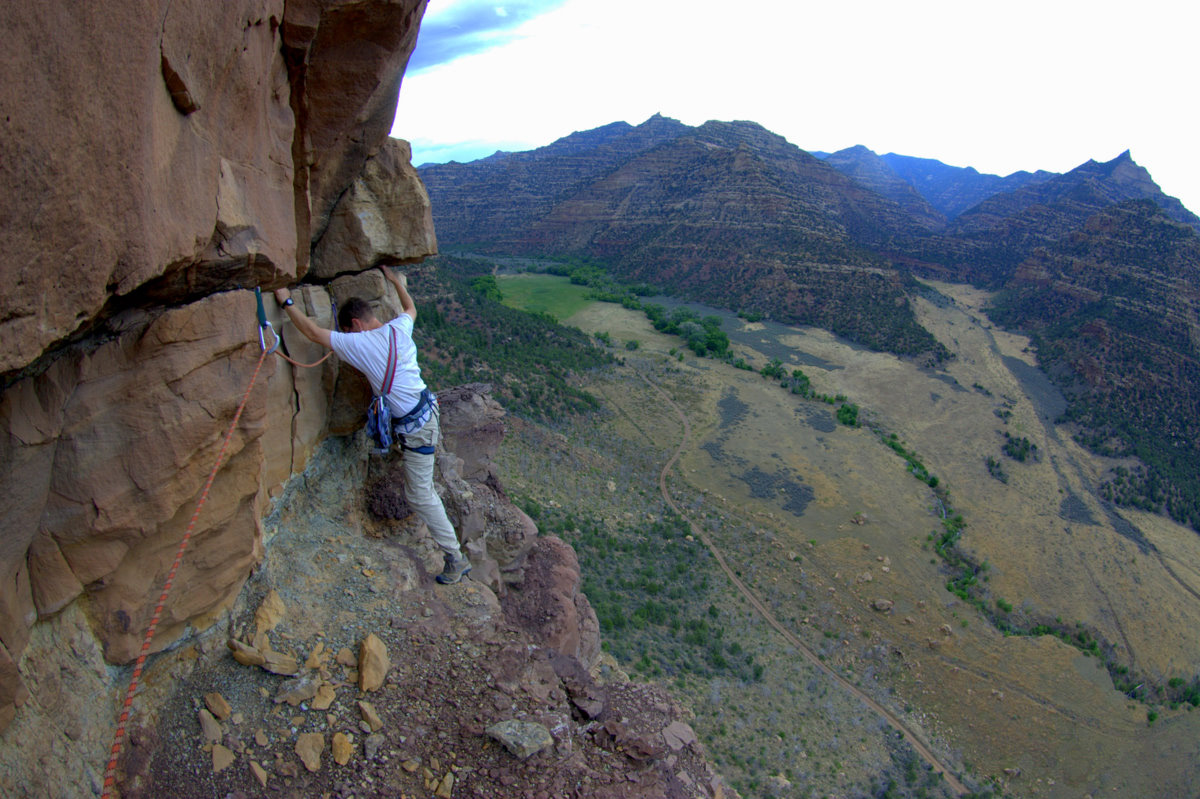 Information on past environments can be valuable when studying ancient people. The RED Lab has active collaborations with colleagues in the University of Utah Anthropology department as well at the University of Arizona. Our main research focus at this time is on the paleoecology of Range Creek Canyon Utah, but we also collaborate on other sites and provide palynological contract services. Contact Dr. Brunelle if you are interested.

This material is presented to ensure timely dissemination of scholarly and technical work. Copyright and all rights therein are retained by authors or by other copyright holders. All persons copying this information are expected to adhere to the terms and constraints invoked by each author's copyright. In most cases, these works may not be reposted without the explicit permission of the copyright holder.

Minckley, T., Brunelle, A., and *Blissett, S.  (2011)  Holocene sedimentary and environmental history of an in-channel wetland along the ecotone of the Sonoran and Chihuahuan Desert grasslands.  Quaternary International.   235, 40-47.

Below are some of the tools the RED Lab uses in its research:

Vegetation produces pollen grains, (male spores of seed plants) which are distributed across the landscape and deposited in various environments such as bogs, caves, lakes, and on terrestrial surfaces. If the ultimate location of deposition is suitable for preservation (consistently wet and acidic) pollen are preserved and provide an indication of the types and quantities of plant taxa on the landscape. The extremely acid-resistant sporopollenins found in the morphologically diagnostic exine of the pollen grains are what allow this preservation (Faegri, et. al. 1989).

Pollen analysis is primarily a tool to reconstruct vegetation history from a specific place over time. However, secondary deductions made about climate and disturbance can be concluded through the analysis and interpretation of the pollen record based on known modern environmental conditions for different plant taxa (Faegri, et al. 1989). Vegetation presented in the pollen record serves as indicators of climatic conditions at the time of deposition.

Text and photos by Stephanie Cobabe

Combining MS and LOI with each other and other sedimentological proxy (such as pollen and charcoal) allow us to produce a more comprehensive picture of how a system has changed over time.

Dean, W. E. Jr., 1974. Determination of carbonate and organic matter in calcareous sediments by loss on ignition comparison to other methods. Journal of Sedimentary Petrology 44, 242-248.

Reconstruction of past environments in the arid uplands of the southwestern United States can be difficult. Lakes that preserve long pollen records are rare and ephemeral, often producing only short or fragmentary pollen records. As a result, paleoecologists may employ another tool in the effort to understand past vegetation changes by analyzing materials preserved within woodrat or packrat (Neotoma spp.) middens for reconstruction of much of the vegetation history of the uplands and canyons of the American South west.

The preserved middens of packrats contain a wide variety of micro- and macrobotanical specimens, and may preserve a rich record of the vegetation histories of the many microclimates in which they are found. The variousNeotoma species are consummate collectors of a wide variety of organic floral and faunal materials (Dial and Czaplewski, 1990; Finley, 1958; Van Devender, 1990; Vaughan, 1990). This behavior, when combined with the preservation effect of induration by crystallized packrat urine (Spaulding et al., 1990), has created a rich source for paleoecological study of the last 50,000 years from many sites throughout the arid Southwest (Wells and Jorgensen, 1964; Wells, 1976; Spaulding, 1985; Van Devender and Spaulding, 1979; Mead, 1981). Past environments are reconstructed by the analysis of macro and microbotanical remains, as changes in vegetation (Cole, 1982) preserve details on environmental changes.

Here at the RED Lab we will process, analyze, and curate packrat middens from a variety of paleoenvironmental projects in Utah and the greater Southwest. Currently we are analyzing middens from Range Creek in support of the major archaeological project being directed by Duncan Metcalf of the U's Anthropology Department.

For more information about packrat midden analysis follow the links below:

Past, Recent, and 21st Century Vegetation Change in the Arid Southwest

Text and Photos by Larry Coats

Charcoal particles preserved in lake and wetland sediments provide a proxy record of local and extralocal fire regimes through time. The "geography" of the area reconstructed using fossil charcoal depends on the size fraction analyzed. Local fire events are commonly reconstructed using particles >125 microns, whereas regional fire activity is reconstructed using microscopic charcoal found in pollen preparations (see Whitlock and Larson, 2002 for a synthesis of this methodology). Most studies, including those done in the RED Lab, combine charcoal data with pollen data and sedimentary evidence of erosion fluctuations from the same sediment core in order to examine the connections between climate, vegetation change, fire, and sometimes human activities in the past.

METHODS- Macroscopic Charcoal
Samples for charcoal analysis are soaked in a disaggregating solution of sodium hexametaphosphate for at least 48 hours and then washed through nested sieves of mesh size 125 and 250 μm. These size fractions are chosen because it has been shown that particles of this size indicate local fire events since they do not move far from their source (Clark, 1988; Gardner and Whitlock, 2001; Whitlock and Millspaugh, 1996).The material remaining in the sieves is then transferred to gridded petri dishes, where the charcoal fragments are identified and counted using a dissecting microscope. Charcoal accumulation rates are then calculated from this primary data in order to determine the local fire regime through time. Conversion of charcoal accumulation rates (CHAR) into fire regime is done by decomposing the charcoal record into background and peak components. For a discussion of this methodology, please see Long et al. 1998.

Text and photos by Shawn Blissett

Gardner, J.J., and Whitlock, C. 2001. Charcoal accumulation following a recent fire in the Cascade Range, northwestern USA, and its relevance for fire-history studies. The Holocene 5, 541-549.

Macrofossils are important for lake sediment analyses and provide opportunities to confirm presence at a particular site and also are useful for radiometric dating. While presence of macrofossils can be considered significant, their absence generally is not. However, bark beetles may be a unique exception to this rule. 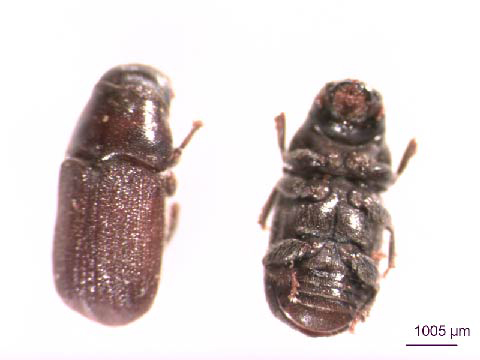 When bark beetle populations transition of endemic to epidemic, they become so ubiquitous on the landscape that quantification of their numbers is difficult. Observations from forests experiencing epidemic populations of beetles include noting drifts of beetles along lake shores more than a mile long. Such observations suggest that entrainment of beetle remains into the depositional sediments of subalpine lakes becomes much more likely during epidemic outbreaks than during endemic conditions.

The recent occurrence of landscape-scale bark beetle outbreaks throughout subalpine ecosystems of the Western US has lead to a call for a deeper understanding of relationships between bark beetles, climate and forest disturbance. Examining lake sediments in areas that have experienced historically documented bark beetle outbreaks provides research opportunities to calibrate changes in pollen, beetle macrofossils entrainment and charcoal influx (i.e. wildfire events) as recorded in lake sediments.

Calibrated findings from historically documented outbreaks will assist in finding and interpreting similar outbreaks signals from early periods of the Holocene and may provide a more thorough understanding of how climate dynamics may control or influence the severity and spatial structure of epidemic bark beetle outbreaks.